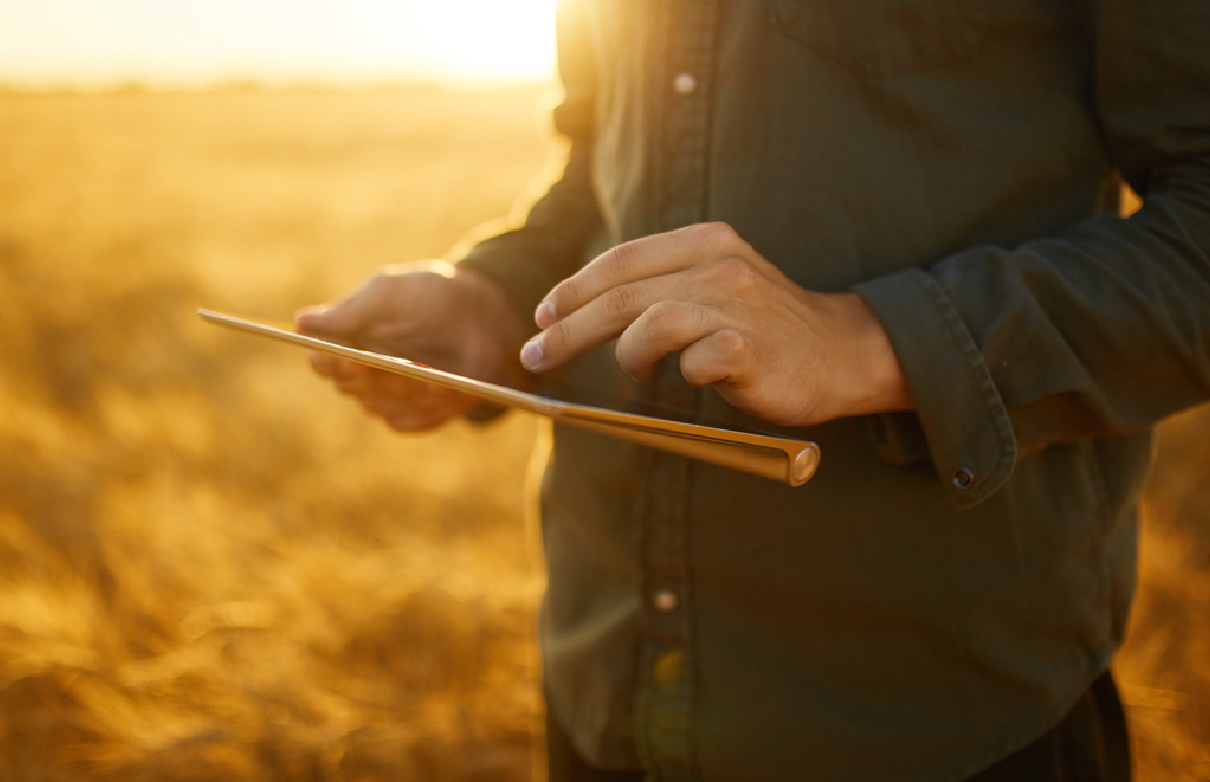 Unlocking the potential in the Prairies: launching ground for global tech companies

Despite the economic challenges brought on by COVID-19, Alberta broke its record for venture capital attraction in 2020 by ringing in more than $300 million.

Prairie neighbours, Saskatchewan, attracted a solid $10 million, and Manitoba followed suit with a laudable $29 million, to help bring the nation to a total of $3.5 billion VC funds in the third quarter.

From a bird’s eye view, tech innovation concentrates in high-traffic cities like Toronto, Vancouver and Montreal. But that’s not to say tech is any less suitable to thrive in the Prairie cities, as seen by the growing number of investment dollars. This divide reveals a gap in the ecosystem that leaves the rest of Canada–particularly the Canadian Prairies–wide open for opportunities.

Just in the last few years alone, the emergence of new tech startups in the Prairies and the success they have amassed puts us ahead in an exciting global innovation race.

Companies like Krugo from Regina, Bold Commerce from Winnipeg, and Attabotics from Calgary, have used the Prairies as a launching ground for building globally competitive companies.

We’re competing to develop the newest technologies, attract the world’s best talent, and create the fastest-growing companies. To be a cut above the rest, Canadian innovation needs to disperse beyond our known hot spots.

Clearly, our country’s best days as global innovation leaders are far from behind us. Now, Canada stands at a defining moment: we must unlock the exceptional potential of the Prairie region. Activating Alberta, Saskatchewan, and Manitoba will create more prosperous jobs and communities, and diversify our nation’s tech ecosystem.

What industries to tap into

Simply put, Canada is becoming a hotbed for tech professionals. We dominate in artificial intelligence, cybersecurity, and software development, and have every ability to push innovation in these areas even further.

To bolster our tech ecosystem further, we need to maximize the potential in the Prairies. This begins by focusing on several key industries, which have some of the biggest market opportunities for disruption and growth in Canada, as well as areas in which the Prairies have already established a foothold in and continues to excel at.

Banks are one of the few industries that have gone decades without innovating. Our Big 5 have maintained their legacy tech since the ’60s and are virtually unopposed in the finance space.

Pushing out products that cost more than they’re worth, the constancy of physical branches, and the absence of seamless digital experiences are just a few of the many problems Canadians face in this industry. However, we’ve already begun rocking the boat.

Five Canadian cities rank in the top 100 global fintech companies. Unsurprisingly, Toronto takes the lead as the largest fintech ecosystem across the country with 185 Fintech startups under its belt. Next comes Montreal, and Vancouver in third place.

But what deserves more recognition than these hot spots are the burgeoning talents in the Prairie cities. Alberta has the potential to become the up and coming centre for fintech. Calgary’s Symend, for instance, is a debt recovery company that recently closed $73 million in its Series B round, making it one of the largest investments to date in Alberta. Similarly, Neo Financial (a Harvest portfolio company) challenges the financial landscape by reimagining everyday spending, saving and rewards on a fully digital experience.

Alberta is uniquely positioned to take advantage of a tech surge and go off the beaten path of the oil and gas industry. Collaborations between financial institutions and startups can pave the way for a new generation of technology.

Food is one of the biggest economic drivers since Canada’s inception and it is among the few guaranteed sectors paramount to survival. As we adopt newer technologies, Canada continues to grow the output of the agri-food sector through various innovations, earning us the ranking of fifth largest exporter of agri-food products globally.

The Prairies show immense promise to prompt new agricultural innovations, from genetics and breeding to farm machinery and robotics, and more. Experts predict that Canada will reach a value of $75 billion by 2025 from agri-food exports. Since there is a huge market for agritech, the Prairies can especially benefit with its rich grasslands, plains, and lowlands.

We already see advancements in motion, like Saskatoon’s FarmLead, the online marketplace for connecting grain growers and buyers, and Dozr, the contractor-to-contractor equipment sharing platform. Innovations like these continue to propel us forward and make the Prairies an ideal region to build more tech.

Healthcare in the Prairies is ripe for disruption by tech startups, especially Alberta. Edmonton and Calgary are cities with connections to world-class medical facilities and post-secondary institutions that make them a powerful region to transform health.

Because Alberta’s population is genetically and geographically diverse, they have access to rich data for growing the health innovation sector. Medical breakthroughs like treating rare diseases with gene therapy in a single dose are not far away.

Being close to an AI cluster also gives Alberta a big advantage. With access to artificial intelligence, machine learning, augmented and virtual reality, and other emerging innovations in blockchain, we see companies like Edmonton’s Vivametrica revolutionizing medical solutions.

It’s clear that Canada doesn’t just excel in one area of tech. We’re continually diversifying tech sectors to meet every need of the economy, but which cities should we pay attention to for this transformation?

Winnipeg’s new generation of risk-takers and startup communities are revitalizing the downtown Exchange District. Incubators and accelerators, North Forge Technology Exchange and Manitoba Technology Accelerator, are churning out companies with more than $180 million in investment.

Three of Winnipeg’s innovation centres are attracting global entrepreneurs and leaders, making it a prime region to explore cutting-edge technology. Environmental solutions, ICT services, telecommunications, and language acquisition are just a few of the star areas in Winnipeg for innovation.

Winnipeg companies to look out for:

Saskatchewan has recently achieved many firsts in its tech innovation journey, following suit from its western neighbours. The tech sector has undergone a complete transformation and locked in major investment over the last three years with more than $114 million of private sector funds in 2019 alone.

The moniker “Silicon Prairie” is now catching on with Saskatoon, as we see growing numbers of tech startups changing the scenes in agriculture, healthcare, education, mining and manufacturing. Saskatoon-based Coconut Software for example, a leader in digital customer engagements has raised $6.5 million in their Series A funding, a significant win for Saskatchewan’s rising tech scene.

Saskatoon companies to look out for:

The explosion of venture capital in Saskatchewan has made Regina another promising city to expand tech innovation. While Saskatoon’s tech ecosystem may be more advanced, Regina is in no less a position to amp up momentum.

The city’s prominence in agritech and export opportunities will feed 10 billion people by 2050 and has massive potential to go beyond food. Home to the Global Transportation Hub (GTH), the city provides access to affordable land, infrastructure, transportation and logistics that make it possible to service markets all across North America and other parts of the world.

Regina companies to look out for:

Calgary’s neighbour and NHL rival, Edmonton, is similarly on the cusp of reinvention. The city is growing twice as fast as the national average, pulling in the most tech-driven entrepreneurs and visionaries to their innovation ecosystem. Leaders from the Advanced Technology Centre, Alberta Machine Learning Institute, and more homegrown talent are focused on groundbreaking research in health, environment, energy, and nanotechnology.

Edmonton companies to watch out for:

The truth is: Alberta is changing. There’s a whole lot more going on in Calgary than just oil and gas. The tech scene is rapidly growing from technologies in AR and VR to blockchain, and more. In fact 62% of Alberta’s private tech companies are based in Calgary and 26% of these companies have more than $1 million in annual revenue.

With the one of the most highly educated populations in the country, Calgary is home to world-class engineers, scientists, and project managers. The list of transferable skills is impressive and takes tech innovation to a whole new level.

Calgary companies to watch out for:

While not an official Prairie city, Kelowna is another overlooked Western Canadian market where tech innovation is taking off. In 2016, their tech sector drew in $1.3 billion to the BC Okanagan region’s economy. Normally overlooked as a small pond or solely a wine mecca, the city is now at the forefront of innovation with big tech talent.

Kelowna is home to high-profile companies like Bardel Entertainment, the animation studio behind Rick & Morty, and eco-tech companies like AgriForest Bio-Technologies.

Kelowna companies to watch out for:

Better quality of life in the Prairies despite a slow start

Historically, the Prairies have struggled with early-stage investment in technology and access to talent. But with the tech boom in recent years, we’re attracting more attention. For example, in 2018, startups in Saskatchewan got less than half a percent of all venture capital funding spent across Canada. But fast-forward a year later and the amount of VC dollars invested in the province has totalled more than the last five combined.

The Prairies have this unique advantage of building and attracting talent in a region where competition is far less concentrated than its more recognized counterparts. With not needing to pay inflated salaries for talent, we are Canada’s lesser-known secret to establishing the next great tech hub.

It doesn’t hurt that many of these cities have an affordable cost of living. Calgary, for one, is Canada’s most liveable city and Edmonton also makes the top five list. Homes and office spaces across the Prairies are affordable, and the quality of life is unmatched–the cultures are vibrant, community-oriented, and full of world-class attractions like the legendary Calgary Stampede or The Forks in Winnipeg.

Co-building companies at a scalable rate

It’s not easy to build a company from the ground up or to take a company to new heights after it has gone to market. But we’ve figured out a way to do both while de-risking the whole way through.

Harvest Builders partners with founders to co-build ventures from scratch, and also helps in solving specific business challenges for growth-stage startups. Our world-class builder services and industry experts know exactly what it takes to successfully launch, scale and grow ventures that can compete on a global scale, from right here in the Canadian Prairies.

Junkr out of Medicine Hat and QuoteToMe in Edmonton are startups we’ve supported, and they’re the first of many companies that we’ve set our eyes on to help grow. Harvest’s FinTech portfolio will also expand beyond Neo Financial as we explore exciting opportunities to complement it through InsureTech and PropTech.

By strategically scaling new tech startups, Alberta, Saskatchewan, and Manitoba will soon see new tech clusters that have the ability to better our economies, our lives, and our planet.

It is a roaring time in the tech industry to transform our global economy. And now, the Canadian Prairies have every opportunity to do just that. With lower costs of living, better quality of life, and top-shelf innovators that can compete globally, the Prairie cities are the prime spot for building Canada’s next great tech hub.

By unlocking our full potential and connecting our cities with the right talent and support, we can capitalize on tech diversity like never before. Our entire ecosystem as we know it, will undergo massive disruption and unparalleled innovation will follow.