The Academy
About us
The Team
Careers
Insights
Contact Us 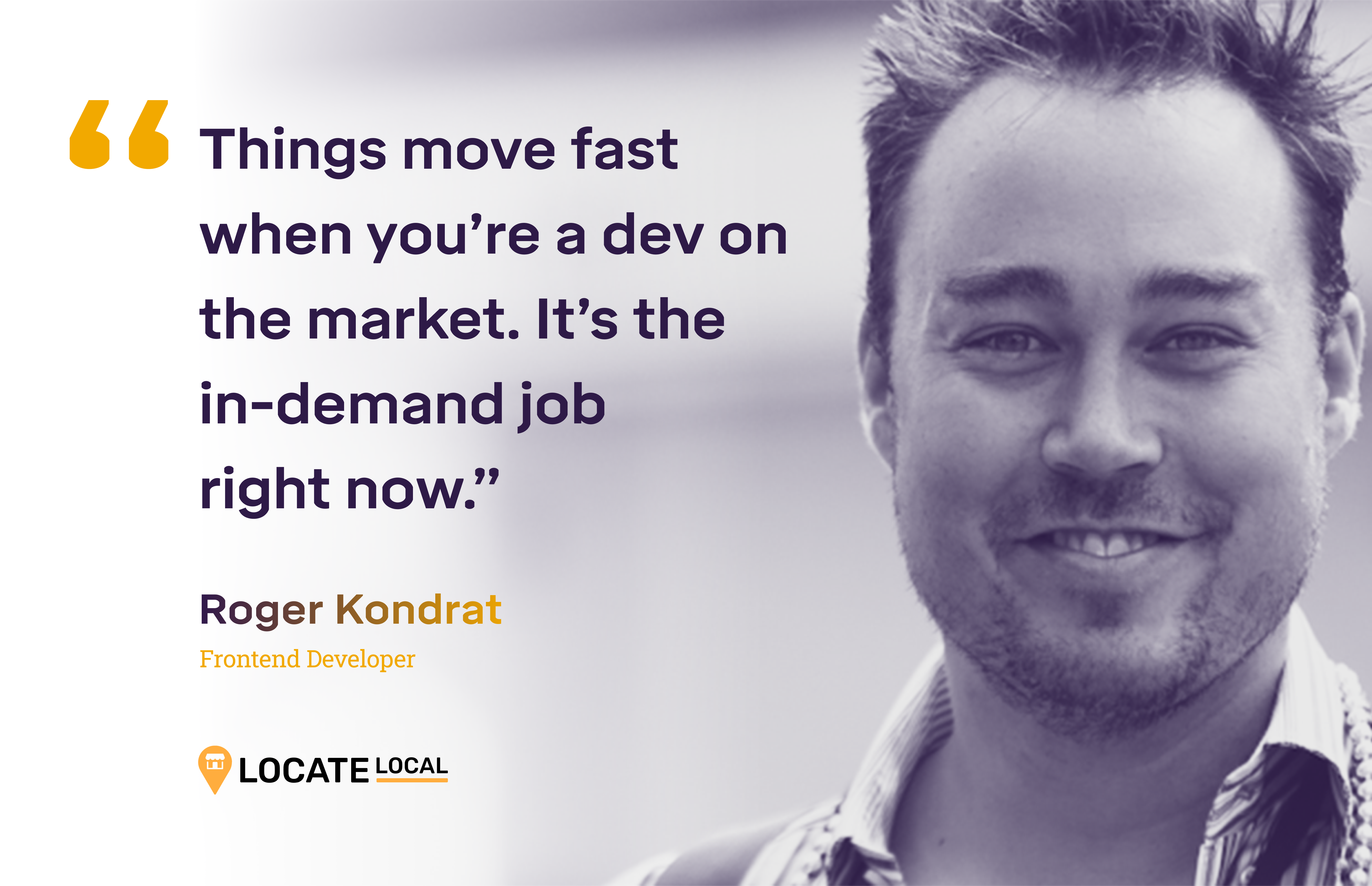 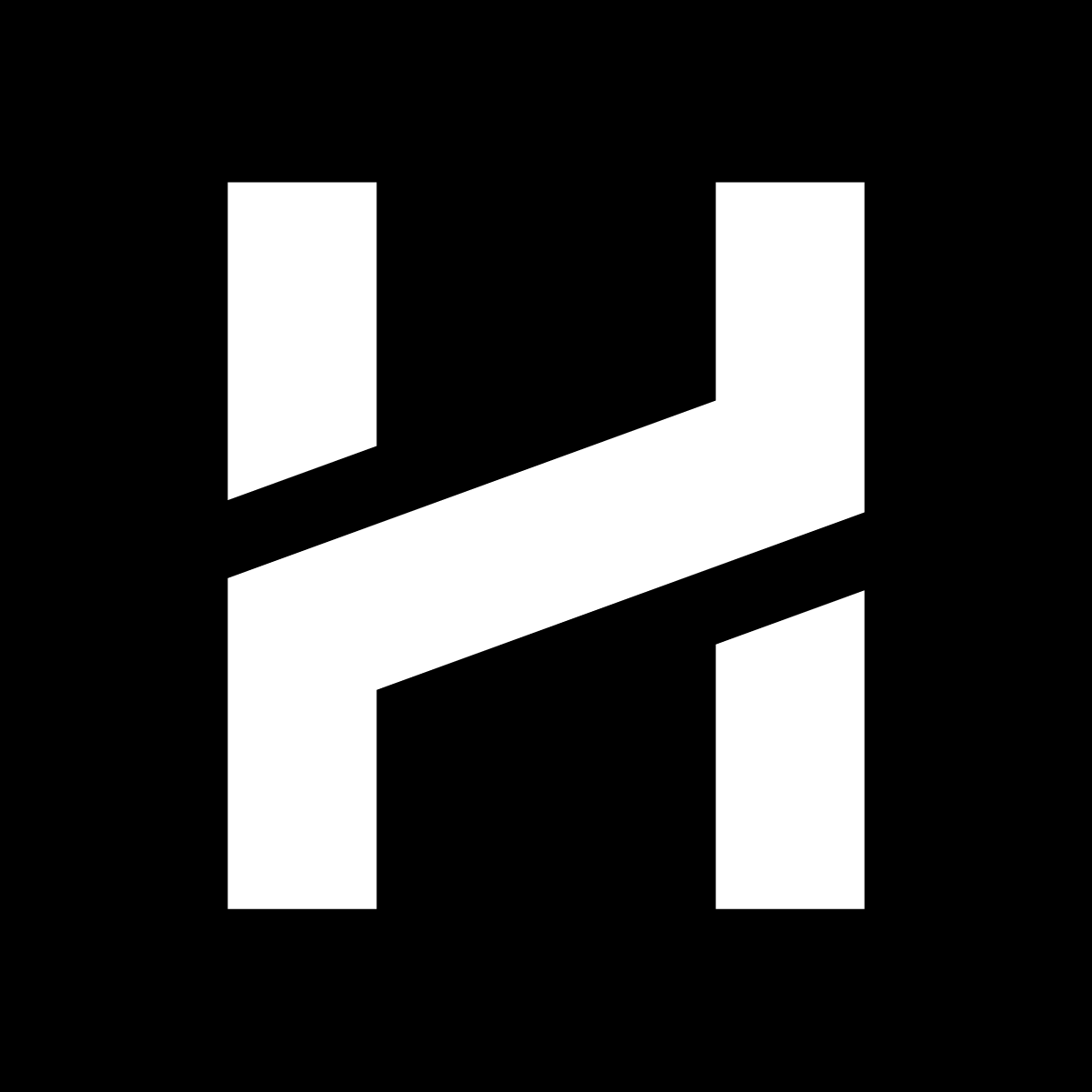 The world is looking at our talent, and it’s time we flash it a smile.

Here in the Prairies, we’re experiencing explosive entrepreneurial energy. But ten years ago, no one would have believed we’d be poised for the kind of disruption that slingshots the Prairies ahead, let alone morph into Canada’s newest tech playground.

Certainly not Roger Kondrat, a happy-go-lucky marketer-turned-programmer, and now a software developer at Locate Local.

We uncover how Roger got his start and pick his brain on Calgary’s tech ecosystem, his role to date, and how within two short weeks, he landed the bucket-list offer.

I started as a marketer.

Nowadays you’d call it digital marketing, but back then, being a marketer on the web had no label.

But pretty quickly I noticed two different things: developers are really hard to retain and they were the ones who took home all the money.

I realized that if I kept paying devs for everything, there wouldn’t be much money left. So I started doing little things, like deploying WordPress sites. Today that stuff is considered normal, but it used to be quite difficult.

Once I had the hang of it, I found it enjoyable. And when social media took off, I knew I wanted to step away from the digital marketing space, so I shut down my company and reimagined what Roger 2.0 would look like.

I figured the next natural step was to learn to code. I joined freeCodeCamp and was probably one of the first 10,000 users to check it out. I met up with a group of four others in Calgary and we had coffee every Sunday for a year and just coded.

I loved programming. Nobody had to ask me to code because I was always up for it. But the feedback that I received from my peers was that it’s much harder to get that first junior developer job if you don’t graduate from something.

So the next thing you know, I’m applying for boot camps. EvolveU is the one that catches my eye the most; somehow I manage to get it paid for through an Alberta government grant and we’re flying through.

It wasn’t long before I received a job offer from MindGeek to move to Montreal. But there was a lot to consider with relocation, and ultimately, I turned it down because we had a four-month-old baby to prioritize.

Soon after though, I started a job in Calgary, which proved to be a short-lived position after learning the company’s culture wasn’t a good match.

So that brought me to a turning point in my new career–I had the opportunity to teach software development at Bow Valley College. It seemed kinda crazy because I was a recent graduate and only had two years of experience at that point.

But I at least had the chops to teach first-semester students and did that for some time before contracting out my web development services.

The contracting route afforded me the flexibility to explore working with different companies in Calgary.

But on the flip side, it wasn’t stable and that’s where Harvest came to my rescue.

How did you hear about the opportunity at Locate Local?

Things move fast when you’re a dev on the market. It’s the in-demand job right now.

I was approached by Kate on Harvest’s recruitment team, who introduced me to Locate Local, an online marketplace that connects shoppers with local businesses based on socially responsible values.

Within that first week, I had my first and last interviews and was placed as a lead software developer at Locate Local.

It all moved incredibly fast. In just two weeks, I had an offer waiting in my inbox.

Why did you feel like Locate Local would be the right fit?

I gravitated towards Locate Local because it gave me the chance to lead the front-end development of a product. Up until now, I never had that chance, and it’s my first time working on a mobile product.

There are some big firsts for me with this role, and I love being able to grow my skill set. I also thought it was cool that their whole business model is to give more power to local businesses so they can compete with multinationals like Amazon.

It’s an area that nobody’s figured out yet. But when they do, of course, I want to be along for that ride.

How has Calgary’s tech scene evolved during your time as a dev?

Today, there is a lot of activity within Harvest’s network, whether it’s the companies that they co-build or partner with. They’ve centralized the tech ecosystem so it’s hard to distinguish the tech talent outside of the noise they’re generating.

But a good measure that tells you more about what the market is like is the number of software engineering students who are getting job offers.

I mentor at Lighthouse Labs, and many students from their boot camps are juggling multiple offers from tech companies.

Back in the day, quick offers were reserved for the elite students, you know? Only those who had an edge or are gifted. But that’s not the sense I’m getting with these large-volume offers.

There are so many positions to fill and only a limited number of people with those skillsets. So when you have those competencies, you have an in.

I do believe though, there is substantial tech activity outside of Harvest’s connected group of companies–there’s just no telling how deep that goes, but I do think we’re on the brink of something special.

I’m in charge of ensuring the app’s visual elements appear the way they’re intended to.

Every morning, I go through the previous day’s task list and tie up any loose ends. You know, things like if a back button doesn’t work because its history is broken. I go in, diagnose it, and fix it.

Other times it’s reading code that’s broken or helping to figure out the issue together. This is a bit more challenging because you have to solve the problem in the language or framework it was written, which may not be the ones you were using.

Since we’re weeks away from our soft launch, everything that we do is related to critical systems to ensure our MVP performs its basic functions.

What are the challenges software developers face that nobody thinks about?

How to break the tie.

Right now, I work in tandem with another software engineer. But when we encounter a problem and have two different ideas on how to approach it, how do we determine which route to go?

Not that we’ve butt heads or had any tense situations, but that’s just not something people are necessarily aware of.

I think it’s important to develop a system where you can reasonably discuss the options and come to a union. It’s like with a relationship–you have to hear the other person out.

So much of software engineering is: you just don’t know.

You’re constantly testing and trying new methods. People always misunderstand and ask well, why do things take so long? It’s because every day is problem-solving.

If you’re a software dev, you need to reframe your definition of success.

I know this now: success in software development is getting excited about the solution or the process towards the solution, not how fast or how easy it was solving the problem.

That’s a really hard truth for people to swallow especially when they’re new at it because they’re concerned with “why am I not getting faster? Why is it not getting easier?”

And holding that traditional sense of success will have you feeling lost. Time and practice don’t make you better per se. You’re always going to have to solve problems, and the more that you come to grips with that and genuinely enjoy doing it, the more you’ll enjoy the profession and excel.

Locate Local is the only marketplace and community that matches your social interests and values-based shopping with local businesses to create more rewarding experiences. Join the waitlist to be the first to connect with local vendors on what matters to you most.

‍
To take your tech career to the next level, discover how Harvest’s job network can connect you with the best tech opportunities in the Prairies. 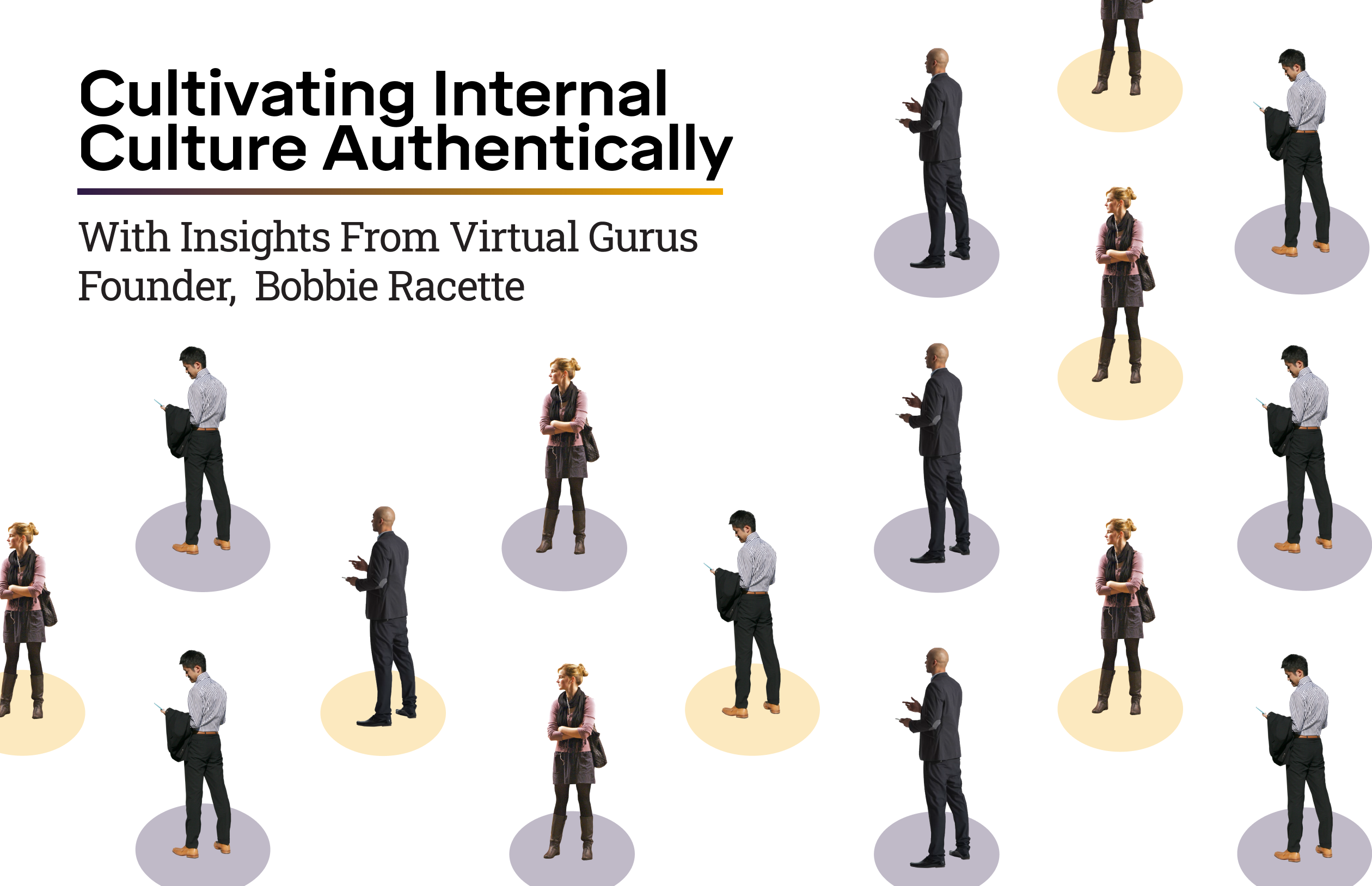 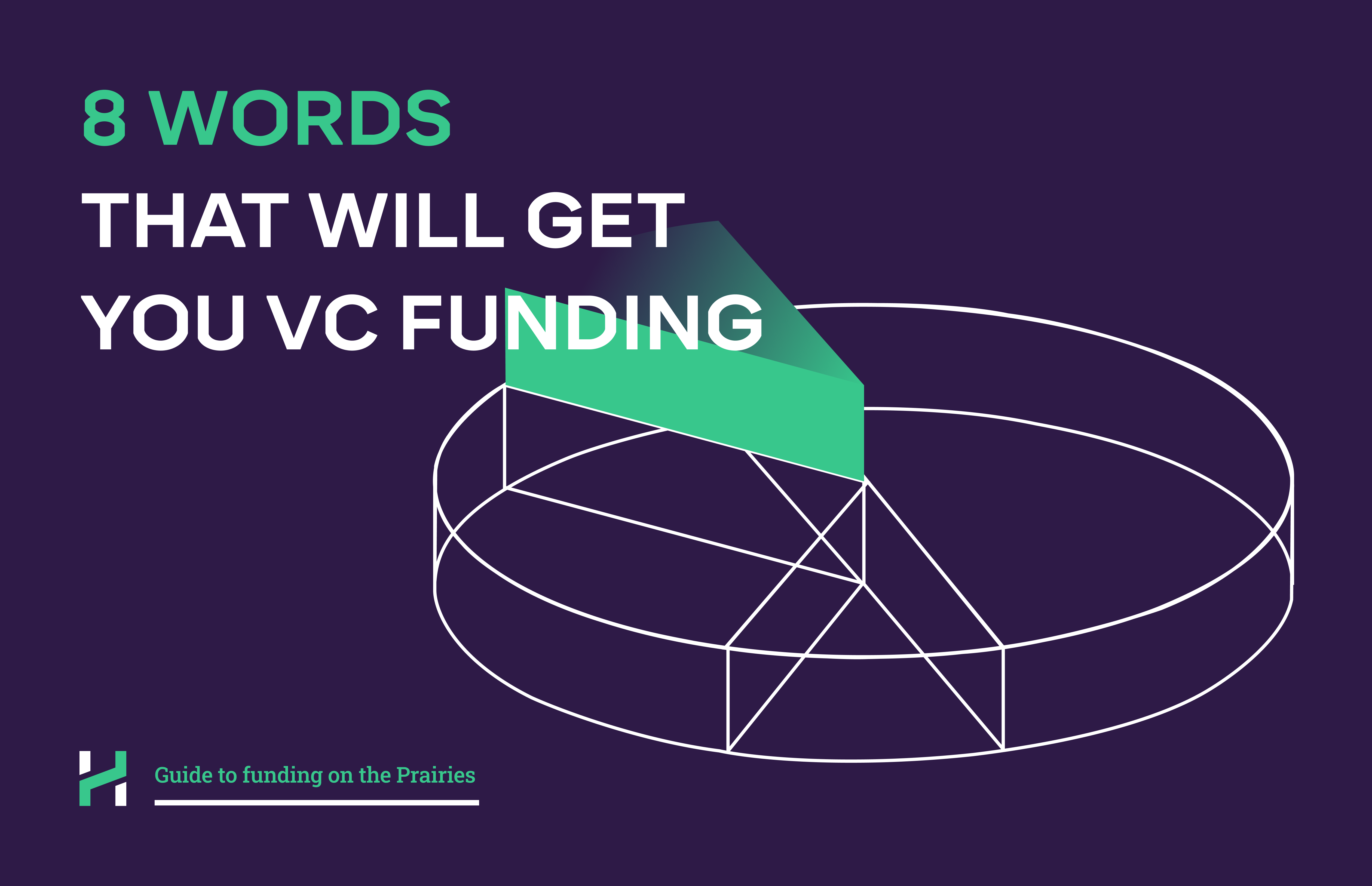 The 8 Words That May Get you VC Funding 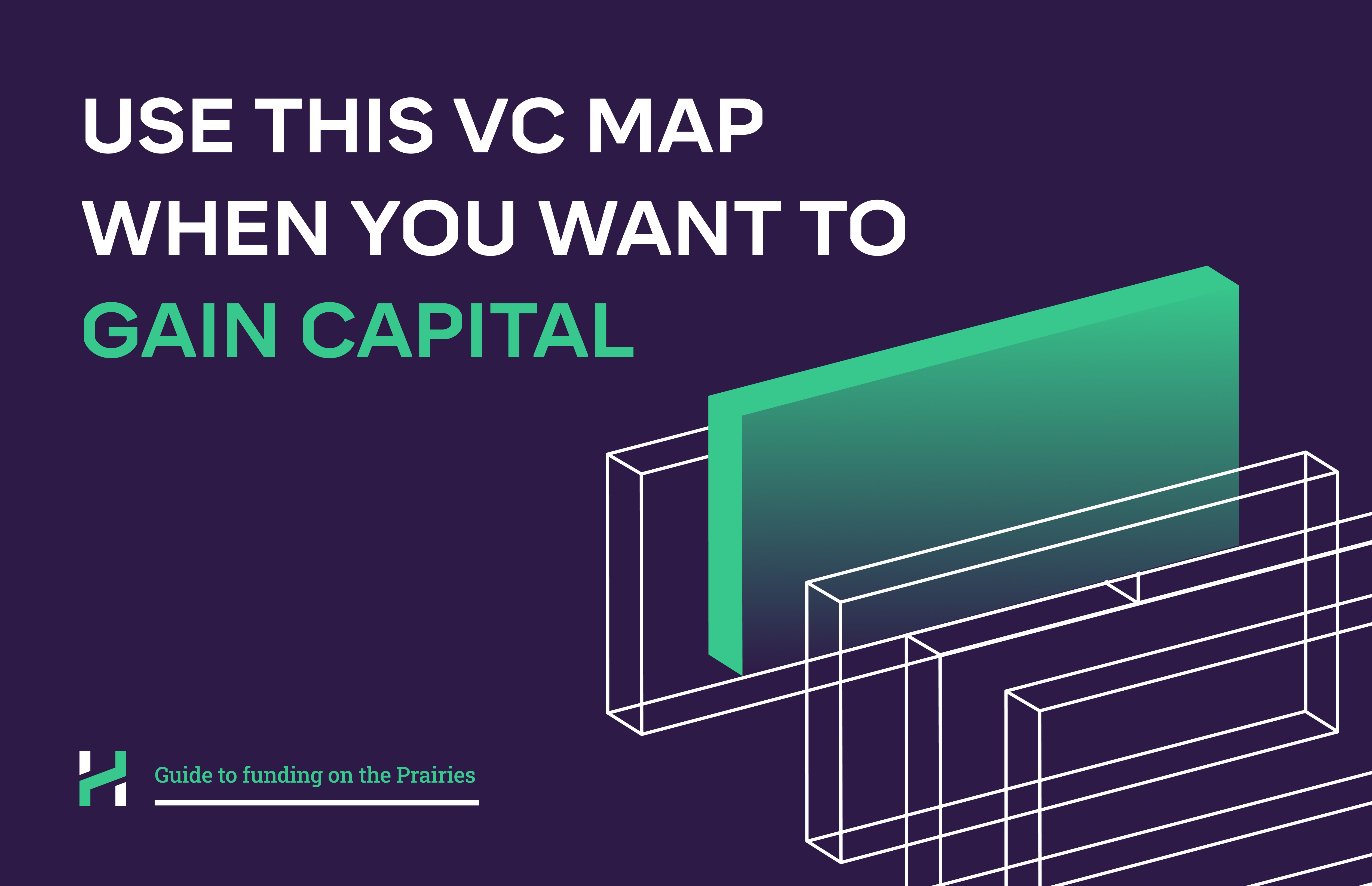 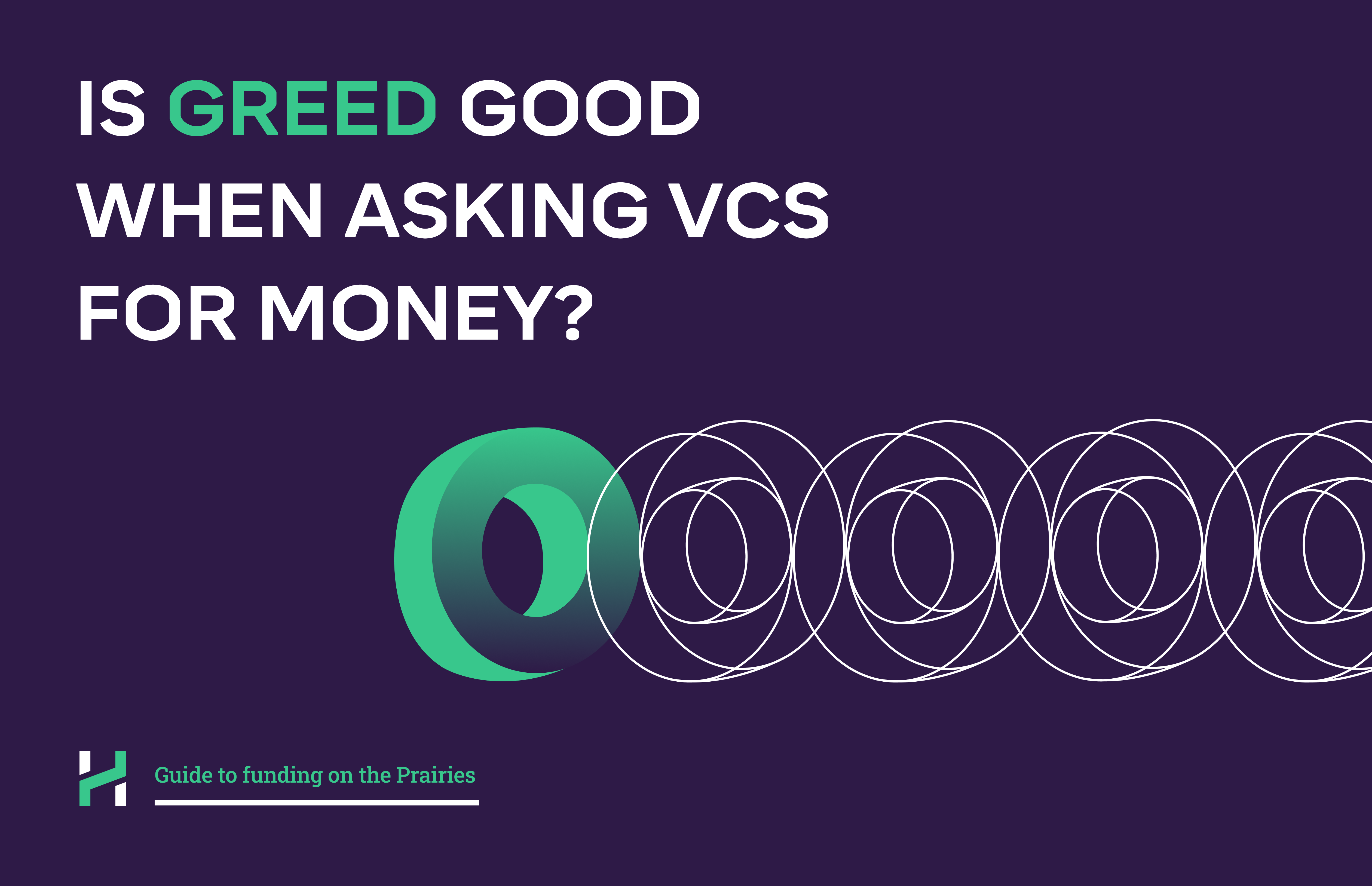 Is Greed Good When Asking VCs For Money?