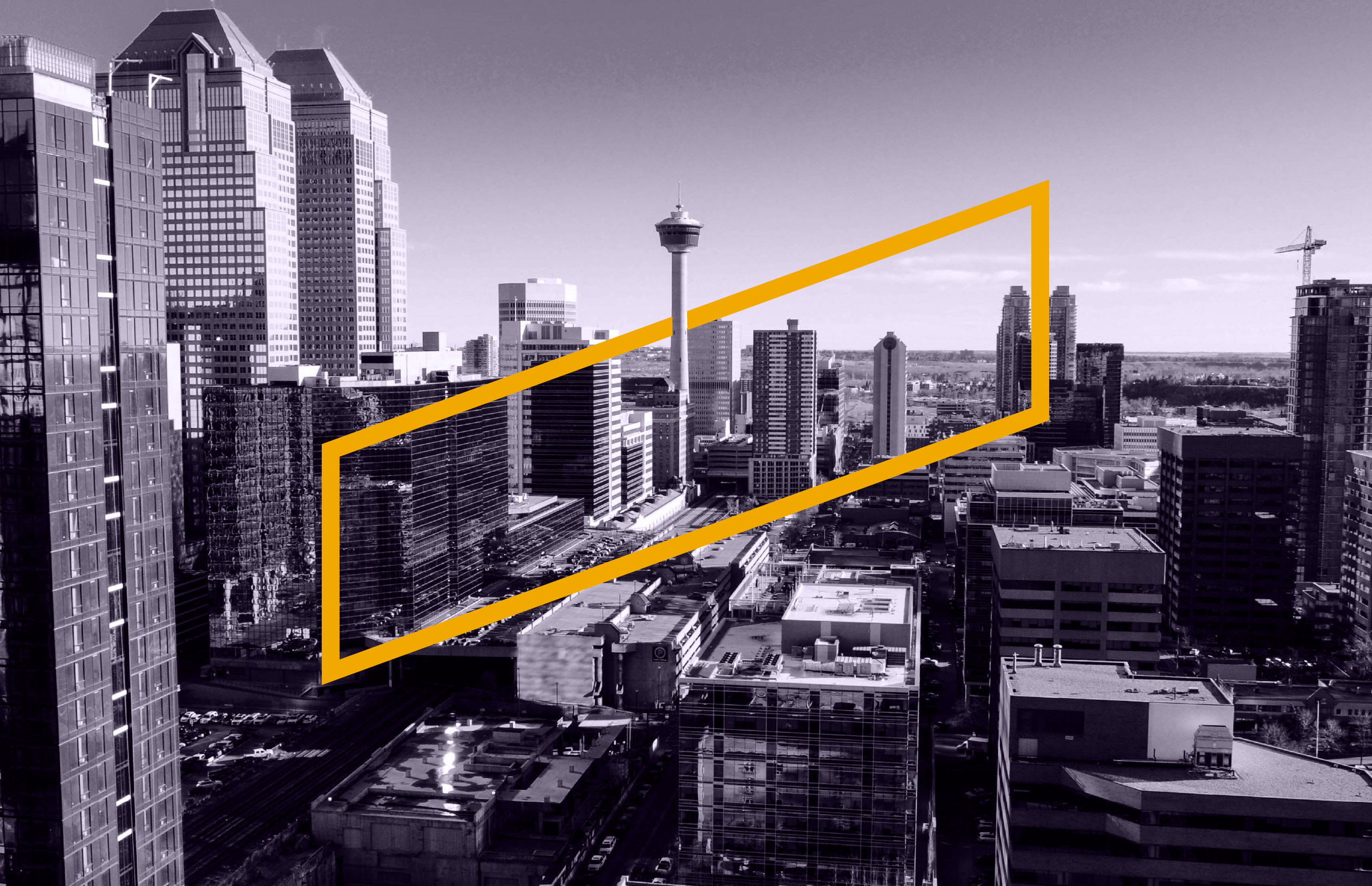 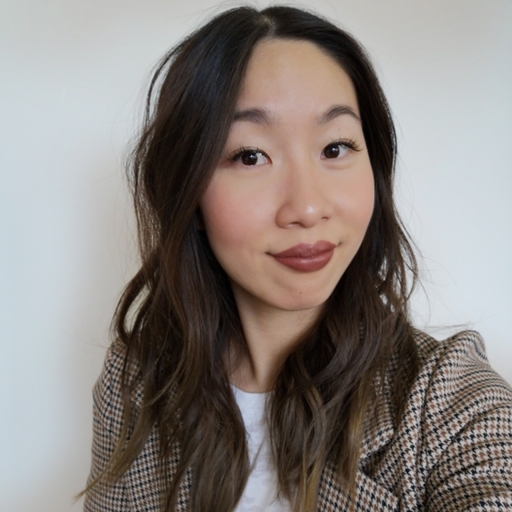 From Toronto’s unrivalled AI community to Vancouver’s world-class film studios, Canada has long commanded a standing ovation as a global tech leader. But when we think about how tech innovation has dispersed, not all provinces and cities are made equal.

The major Canadian cities attract the most screen time as leading digital centres in the country, and while Alberta may not have made the first cut, its momentum now, even in the midst of an economic recovery, is undeniable and cannot be sidelined any longer.

Alberta’s aggressive strategy to rebuild, diversify, and create tens of thousands of new jobs puts it in the best position to jump start the tech sector in the Prairies. The newly introduced Innovation Employment Grant, along with the launch of Invest Alberta Corporation, incentivize investment in the critical technology and innovation sector at an exciting pace, not yet felt to this degree by the province.

Small and medium-sized businesses are pushed to amplify their research and development beyond known limits, with up to 20 per cent of their qualifying expenditures fronted by government support.

Three postsecondary institutions, including Southern Alberta Institute of Technology (SAIT), have received nearly $2.1 million in grants to promote technology development. And not only that, the government has backed $175 million into the Alberta Enterprise Corporation to increase access to venture capital for early-stage startups.

By diversifying the economy with a nose-dive into technology and innovation, Alberta positions itself as an investment destination. It’s creating an even larger pool of cash for tech founders to access, amping up the commercialization of world-class research, and further attracting entrepreneurship to help grow globally competitive enterprises. However, despite the influx of dollars, investors still apply a conservative eye to the tech sector, and the province struggles to unlock capital in full.

While these government programs and grants fortify the province’s tech identity, it’s just the tipping point to activating an entire tech ecosystem in the Prairies. Much more support is required from entrepreneurs, academia, government, investors, and more for opportunities to become explosive. And venture builders are the connective piece that brings it all together.

Venture Builders have this refreshing edge to produce companies in full at an accelerated rate, employ thousands of Canadians, and most importantly, unite the country’s tech ecosystem. Top talent, leaders, investors, and government all band together to fasten a stronger, more innovative network. Combined with Alberta’s red hot playing fields, the magnitude of disruption is unstoppable.

So what exactly is a venture builder?

You may know them by a different name such as tech studios, startup factories, or venture production studios, but essentially, venture builders are the startups that create other startups.

They are organizations that co-build companies by powering their own ideas and resources completely in-house, yet support and collaborate with external founders and startup teams.

When entrepreneurs step foot into the startup world, they require a great deal of nurture to manifest their ideas into practical use. This is usually where incubators enter the picture and act as the mothers of the startup cycle who provide initial support for their entrepreneurial babies.

Similar to incubators and accelerators, venture builders provide the nourishment and growth support that’s vital for companies in the early stage to get themselves off the ground, but where they depart is their length of commitment and business model.

Rather than only serving in an advisory capacity, they adopt startup companies as their own. Venture builders raise and nurture companies, and help them succeed at every stage with hands-on support, right down to their eventual exit.

They work from the inside-out

Business ideas are poured through a venture builder’s own extensive network of resources and they empower internal teams to execute on them in a variety of ways. They design business models, raise capital, recruit talent, develop marketing strategies, and build MVPs.

They build companies that benefit from each other

Venture builders develop many of these ongoing systems at once while building separate companies around the most promising ones called portfolio companies. In this way, they create a synergetic, positive feedback loop where every company involved in their ecosystem benefits from the resources and capital funneled in.

Not to be confused with venture capital firms

Although the venture builder model bears close resemblance to venture capital firms, who also fund ventures, build out portfolios, and look for successful exits, they are in fact distinct from one another.

Venture builders are far more involved in the operational aspects of its ventures than a traditional VC. They’re in deep, oftentimes building companies from the ground up, and are ambitious entrepreneurs who implement aggressive strategies to power all parts of their network and not just little by little, or one at a time, but all at once with the momentum of a collective.

Uniting the tech ecosystem and all its missing parts

Today, modern venture builders are the key to filling in the gaps in the tech world. With their ability to work with companies from beginning to end, using a valuable network of resources that are infinitely scalable and mutually beneficial, they unlock immeasurable potential.

Most companies are challenged with overcoming barriers to launch such as developing a core founding team, raising capital, and going to market. And this is especially true in the Prairies where there’s mountains of untapped potential in a space that’s traditionally overlooked and underserved.

That’s why venture builders are needed now more than ever to tear down these constraints and elevate the tech ecosystem. By uniting all corners of the tech community with its partners, government, academia, non-profits, and other support organizations, the Canadian Prairies have every chance to become Canada’s next big tech hub.

And not only that, they can create an endless environment for forward thinking, economic growth, and an excellent entrepreneurial culture that only attracts more missing pieces to strengthen the ecosystem even further.

How Harvest co-builds globally competitive companies in the Prairies

Based in Calgary, Harvest is an innovation platform for venture building and accelerated growth. Our programs bridge the skill resource and funding gaps throughout the lifecycle of tech companies across the Prairies. We zero in on the co-creation of new and corporate ventures, but are also set-up to support existing companies through every stage of growth, from product development and validation to further growth and scaling.

We work with leaders in their industries, looking to overcome whatever hurdles are in their way, and provide them with expert services in the areas of marketing, recruitment and talent management, strategic partnerships, and funding support.

As an extension of the teams we work with, we take the same venture building and growth principles leveraged by larger companies to create new portfolio ventures, and apply them to other startups we work with. Through our relationships within the ecosystem, we also help connect founders with investors, as well as other community partners, including academic institutions, incubators and accelerators, when needed.

The role of a modern venture builder transcends incubation and acceleration, providing strategic guidance and services throughout the startup lifecycle. Our strength lies in numbers, and it’s no longer about just building new ventures from scratch within one portfolio or studio. It’s about connecting all the pieces and players across the Prairies, with the right resources at the right time and at any stage, early or mature.

In order to realize our potential, we must think of our ecosystem as one synergistic community, building each other up so that we can all compete on a global stage.

Learn more about Harvest and get in touch if you’d like to partner. 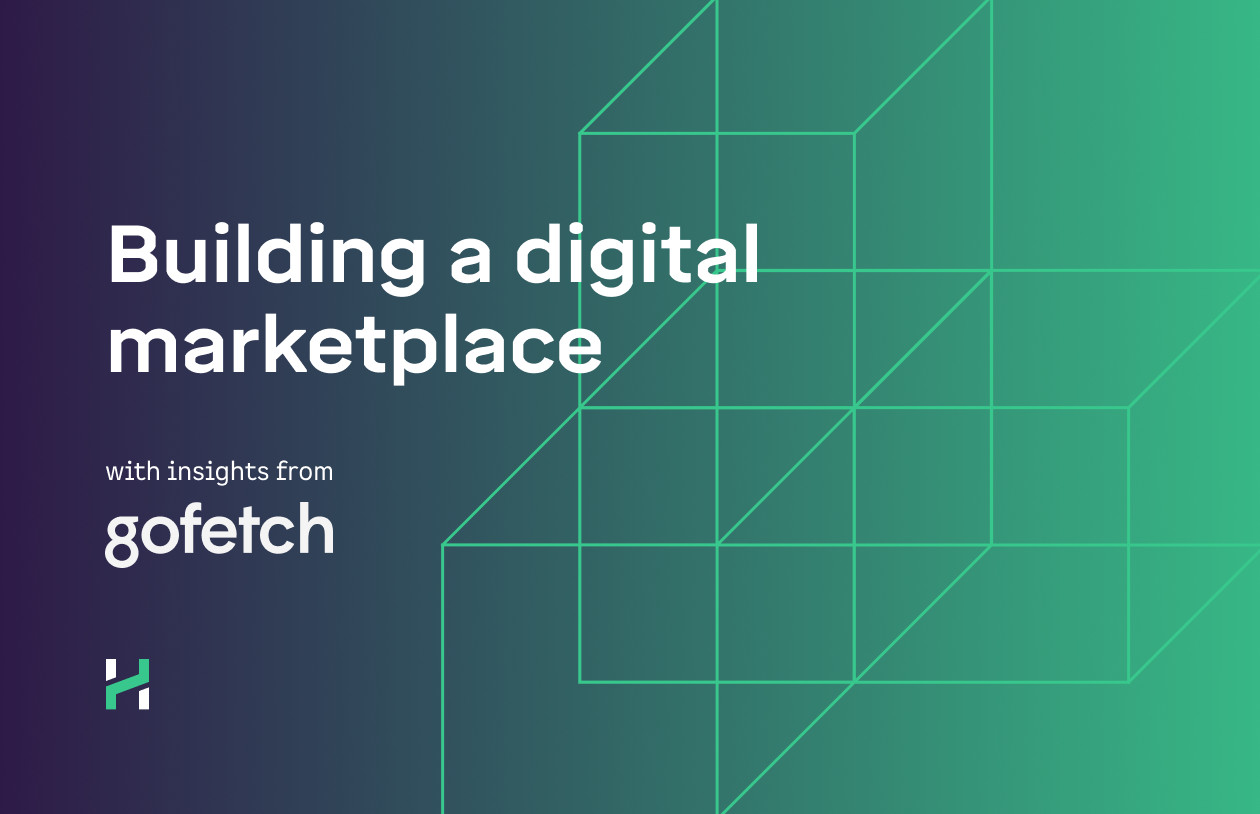 How to build a defensible & scalable digital marketplace: Insights from GoFetch 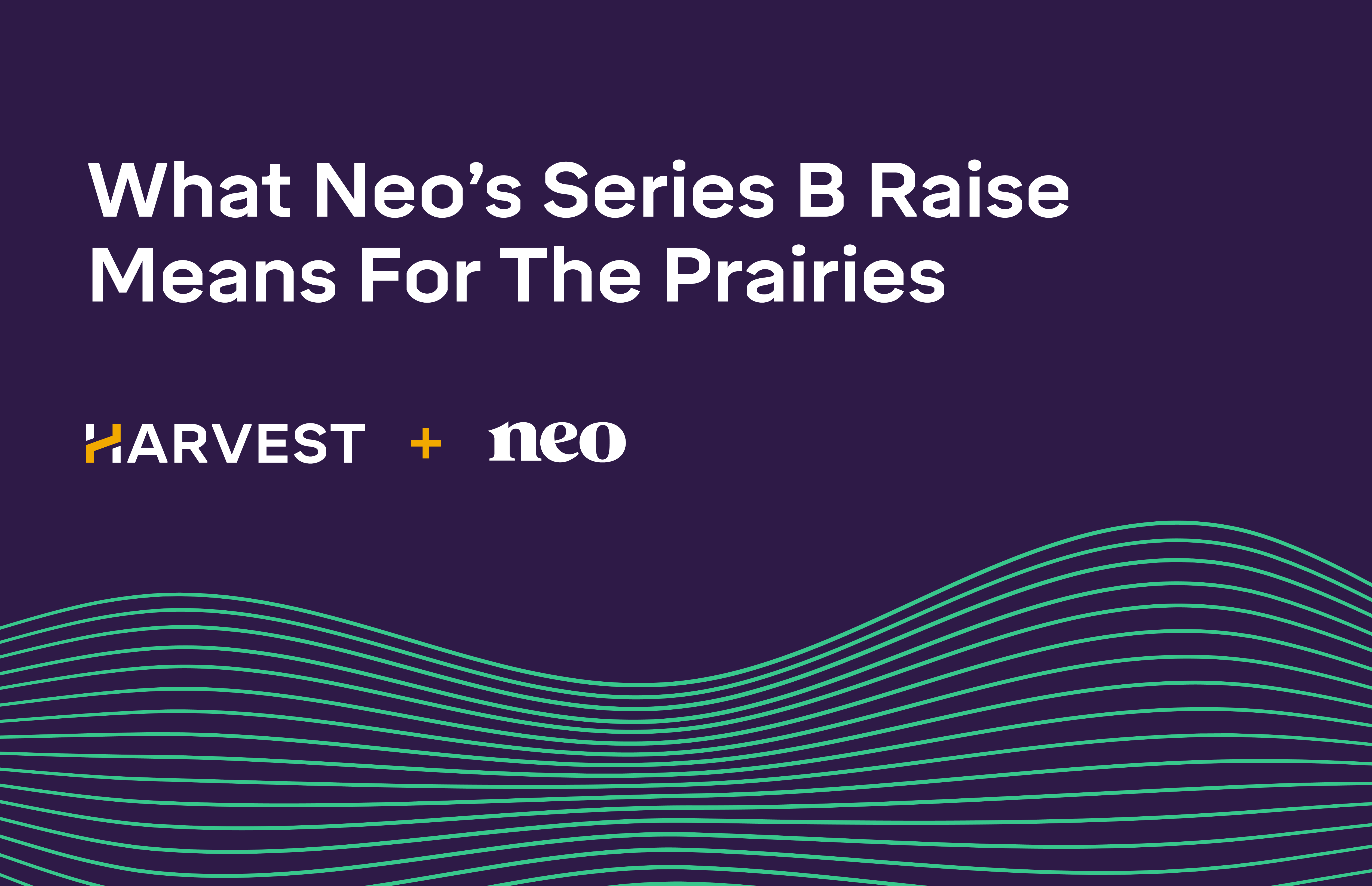 The Ripple Effect: What Neo’s $64M Series B Raise Means For The Prairies 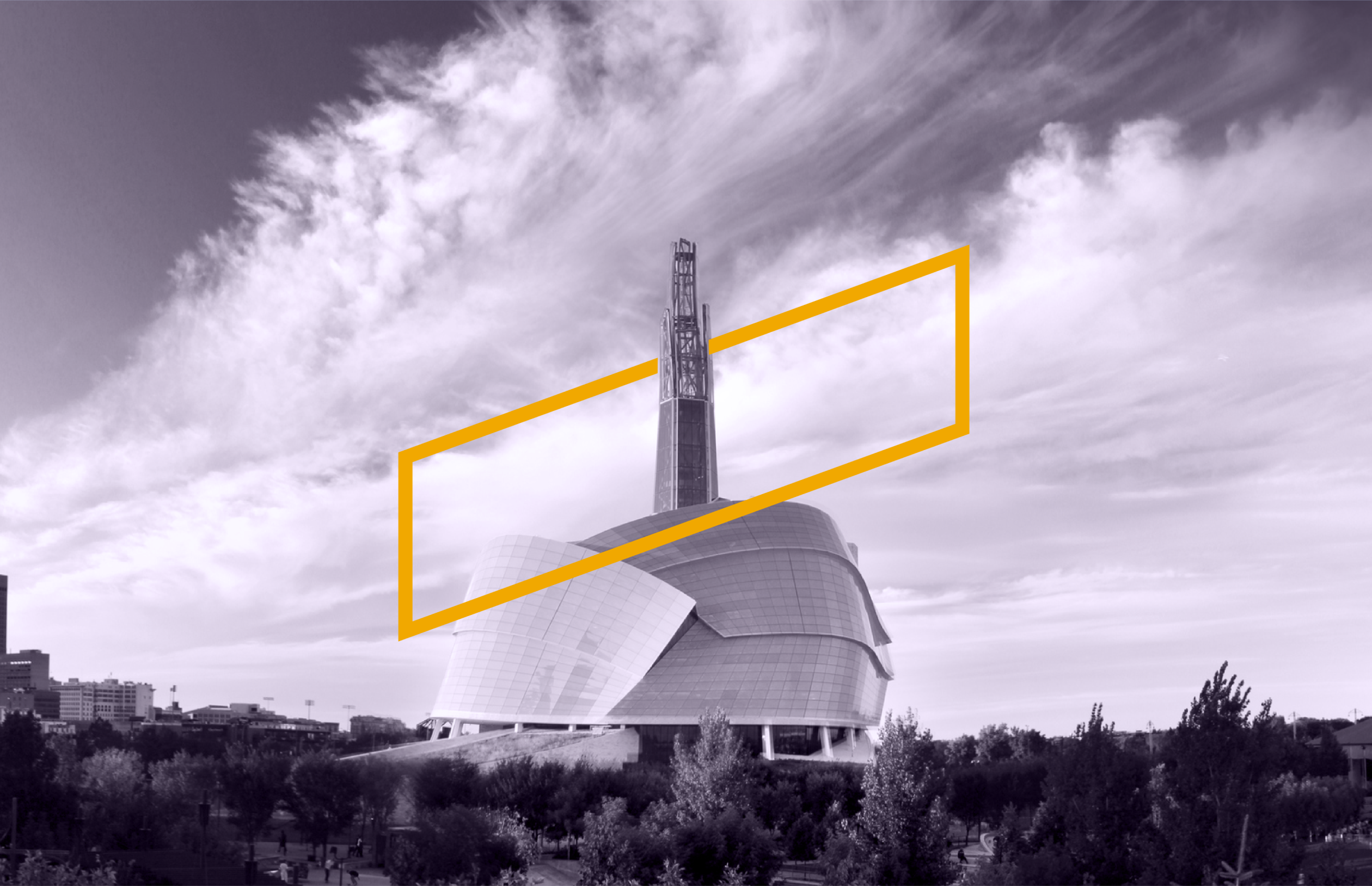 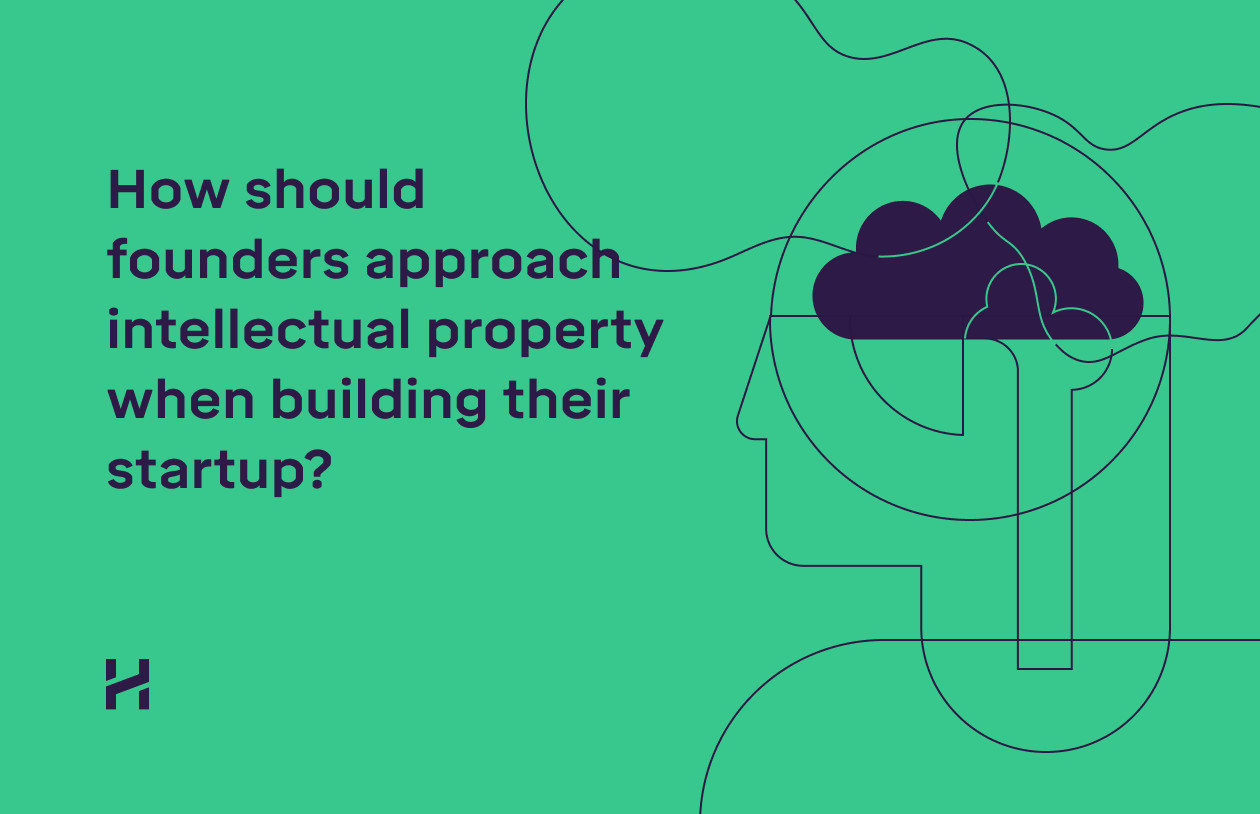 How should founders approach intellectual property when building their startup?